This is my thesis project, and it is part of the project “Stop Contaminazione”, realized with my colleagues Giuseppe Esposito e Francesca Molteni.

The brief given us by professors consisted in designing devices useful to help celiac users during the shopping, inside the kitchen and organising the paintry.

The research was divided in two phases: the first part consisted in an immersive research during which we played as celiac users to find out the problems of being celiacs.
The second phase was based on desk research, interviews and surveys. We analised stakeholder, scintific information and celiac users.It was found that there are many information gaps in stakeholder contexts, scientific information and that often celiac users live moments of discomfort, specially when they have to dine out. The main fear is about the possibility that their food gets contaminated by gluten.

After the brief and research, we decide to design a system based on a web portal and mobile application, as well as other digital and paper outputs such as videos and posters. The whole system turns on the prevention of gluten contamination, through the dissemination of information and knowledge.

A celiac person often experience situations of insecurity caused by the possibility of consuming foods that have been contaminated with gluten. This contamination may occur because of lack of attention or knowledge. Therefore the concept of the project focuses on the prevention of contamination in the three contexts of shopping, pantry and kitchen, raising awareness and creating information for celiacs and for their surroundings.

We decided to give to each part of the project a distinctive and strongly characterizing color.
The choice of these colors in bright and contrasting tones was done to increase the visibility of each of the different output, but especially to differentiate the various areas in which the output will be used.
We chose to use the font Museum because, due to its versatility, always keeps a high readability in different contexts an in different sizes.
For photographic style we chose to use an azimuth type of photography. Objects directly photographed on the colored background, allow to contextualize the content without the need of reproducing a real scene. The photography takes its cue from the cookbook “Homemade is best”, made by Karl Kleiner for Ikea. The color Choice has been influenced from the corporate image Created by Plenty for Fox Life.

Thanks to the tools map, you can have an overview on the project’s output.
The first phase is a campaign period, consisting in posters, mobile application and an installation at Expo 2015.
The campaign is designed for bringing users to the web portal from which you can access all the remaining output: the videos, the handbook, the app for grocery shopping and the stickers designed for the pantry.
Specifically, I have dealt with the creation of the web portal, the handbook and the stickers.

The campaign is characterized by three different posters that, if framed by the Glufinder application, provide information relating to the image on the billboard and point to the web portal where the user can access all the different project outputs.
The billboards are designed to attract the attention of users, inviting them to discover through the application what kind of message could be hidden behind those images, and bringing them to visit the portal.

The centerpiece of the project is the web portal. We needed to create a landmark for the users, because the numerous and different outputs would risk being scattered and confusing.
The portal instead, thanks to its simple one-page scroll down structure, can give the same visibility to all the outputs that are located on different sections of the site that correspond to the sections in which the whole project is characterized.

The handbook contains 6 tips that can help prevent contamination.
The texts contained within the handbook have been prepared basing on the research done in the first phase of the project and the reworking of some data.
The handbook can be peeled and posted online, but also printed directly at home thanks to its specifically designed layout.
Once printed, it can be folded as shown in the tutorial on the web portal, so as to become a small paperback book.

The stickers for the pantry were designed to help the novice users to distinguish foods allowed and prohibited for a celiac.
The two symbols chosen denote by convention denial and permission, such as “X” and “Check”.
The same goes for the choice of colors: purple recalls the red color of the ban while the white one of the permit. 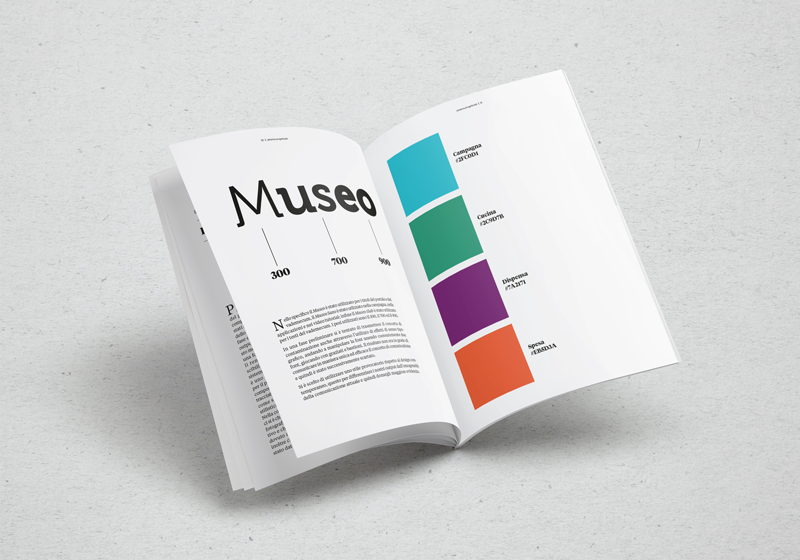 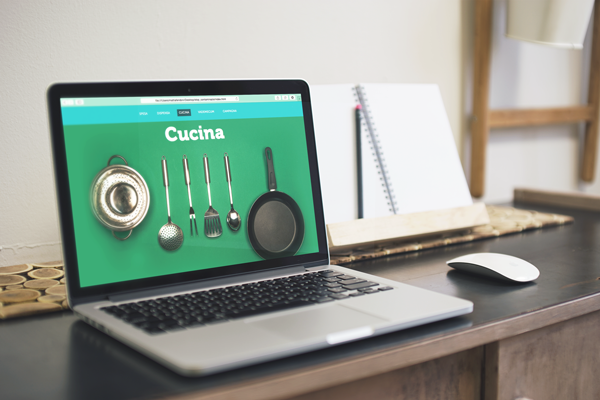 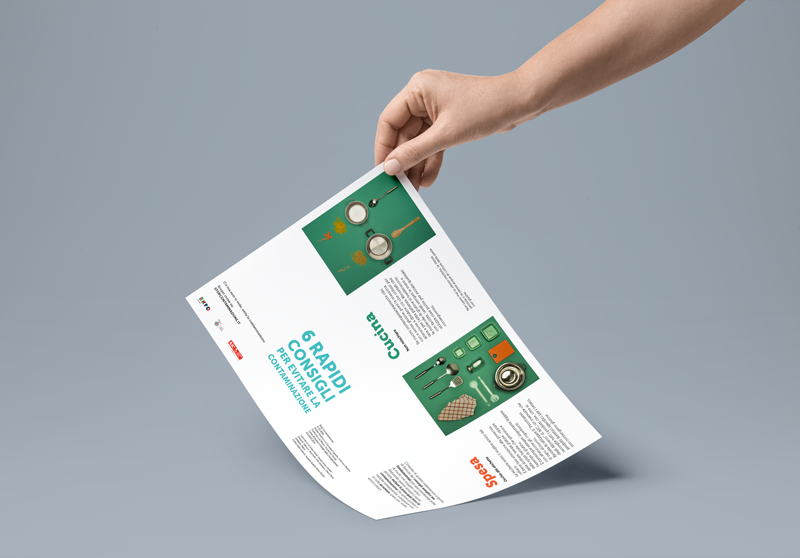 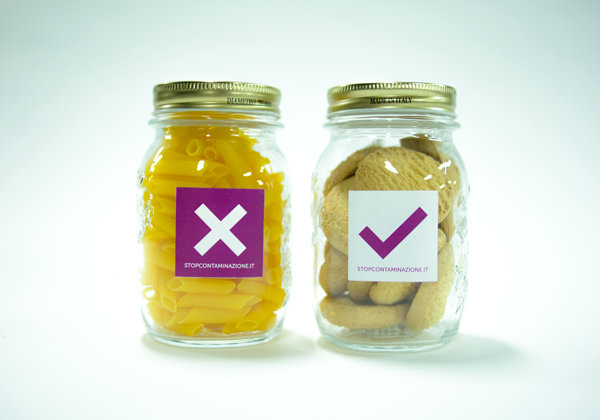